With the untimely passing of Lene Kielsen Holm, the research community in Greenland has lost a marked personality. The Greenland Climate Research Center and the Greenland Institute of Natural Resources have lost an excellent researcher and a wonderful colleague. Lene died of cancer at the age of 57. We are all deeply affected.

Lene was an extraordinary human being. An amazing personality who was passionate about her research and to pass on her knowledge. Lene was respected for her knowledge and her deep professional insight and was a valued scientific collaborator. As a researcher, Lene was internationally recognized, and her scientific production is wide-ranging. Many national and international research projects have benefited from Lene’s enormous knowledge of Greenland and her approach to research and knowledge. She was truly a marked figure, and her tireless commitment and uncompromising mindset will be missed.

Lene Kielsen Holm graduated as a candidate from Ilisimatusarfik in 2002 and was immediately employed as Minister Secretary to the National Board Member for Housing and Infrastructure, Greenland Home Rule Government. A year later, she was employed by ICC-Greenland, where in 2005 she started ICC’s project Sila-Inuk. In connection with this project, she travelled around South and North Greenland to interview hunters, fishermen, sheep breeders and other locals about their observations of changes in the environment in connection with changes in the climate. 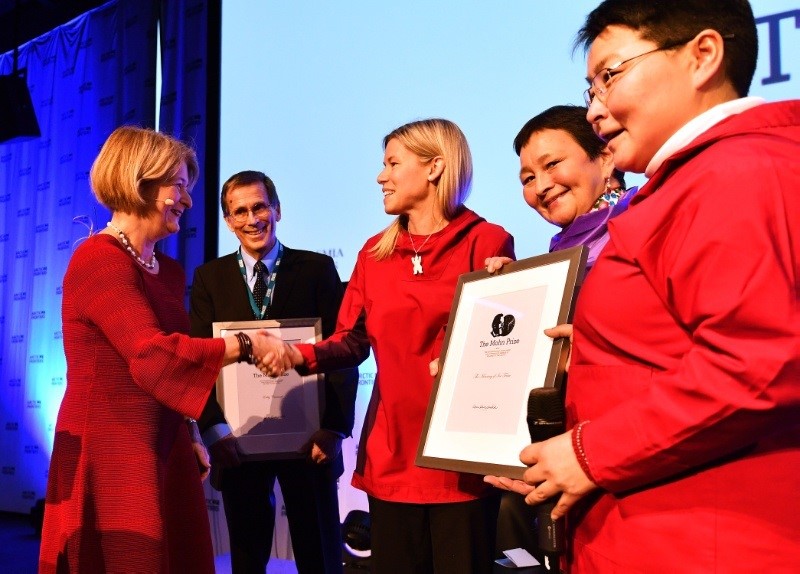 In 2012, Lene was employed as a researcher at the Greenland Climate Research Center at the Greenland Institute of Natural Resources. During her time at the Nature Institute, Lene has been responsible for several projects and has travelled throughout Greenland. Lene was a fantastic listener and was always on the go in search of new knowledge, new stories and new conversations with people.

Throughout her career, Lene Kielsen Holm has received several honorary awards. In 2007, she received the Greenland Home Rule Government’s first Environmental Award and in 2008 the American Wings WorldQuest Award, which is given to female researchers and pioneers for a completely extraordinary scientific effort.

In 2018, Lene and her partners were internationally recognized for the project “The Meaning of Ice” at the awarding of the prestigious MOHN award in Tromsø. The project pays tribute to the Arctic sea ice as it is seen and experienced by Inuit in Canada, Alaska and Greenland, who for generations have lived with and of what it offers. More than 40 Inuit contributed to the book with stories, original art, hand-drawn illustrations, maps, family photographs and even recipes.

For decades, Lene Kielsen Holm has been involved in drawing the interdisciplinary field of research, where local knowledge and scientific methods are combined. Lene has been involved in developing the method “co-creation of knowledge”, where researchers and local users of land and natural resources are part of research groups on an equal footing. The method is groundbreaking in its field.

Lene was active and committed to the Greenlandic research environment and was, among other things, chairman of the Greenland Institute of Natural Resources from 2006 to 2012 and a member of the Greenland Research Council from 2019. Lene was a role model for many and was always friendly, interested, listening and generous with her knowledge and experience.

Lene was a distinct family person and often told proudly and lovingly about her two children, Marco and Nadia. Her grandchildren’s laughter was often heard in the nature institute’s corridors when they were with “aanaa” at work.

Lene Kielsen Holm was highly valued both as a human being and as a colleague and leaves a huge void at the Greenland Institute of Nature and in the Greenland Climate Research Center.